Daily fee €10 or with valid season ski passes, Winter Kärnten Card etc. upon registration. The touring trail starts in the "Kinderland" Klösterle right next to the parking lots.

If there is enough natural snow, the municipality of Arriach also maintains a signposted forest path. This ends without exception at the "Huaba Hut". From there, the ascent is only possible via the piste walker path along the Klösterle north run next to the piste. See graphic below: 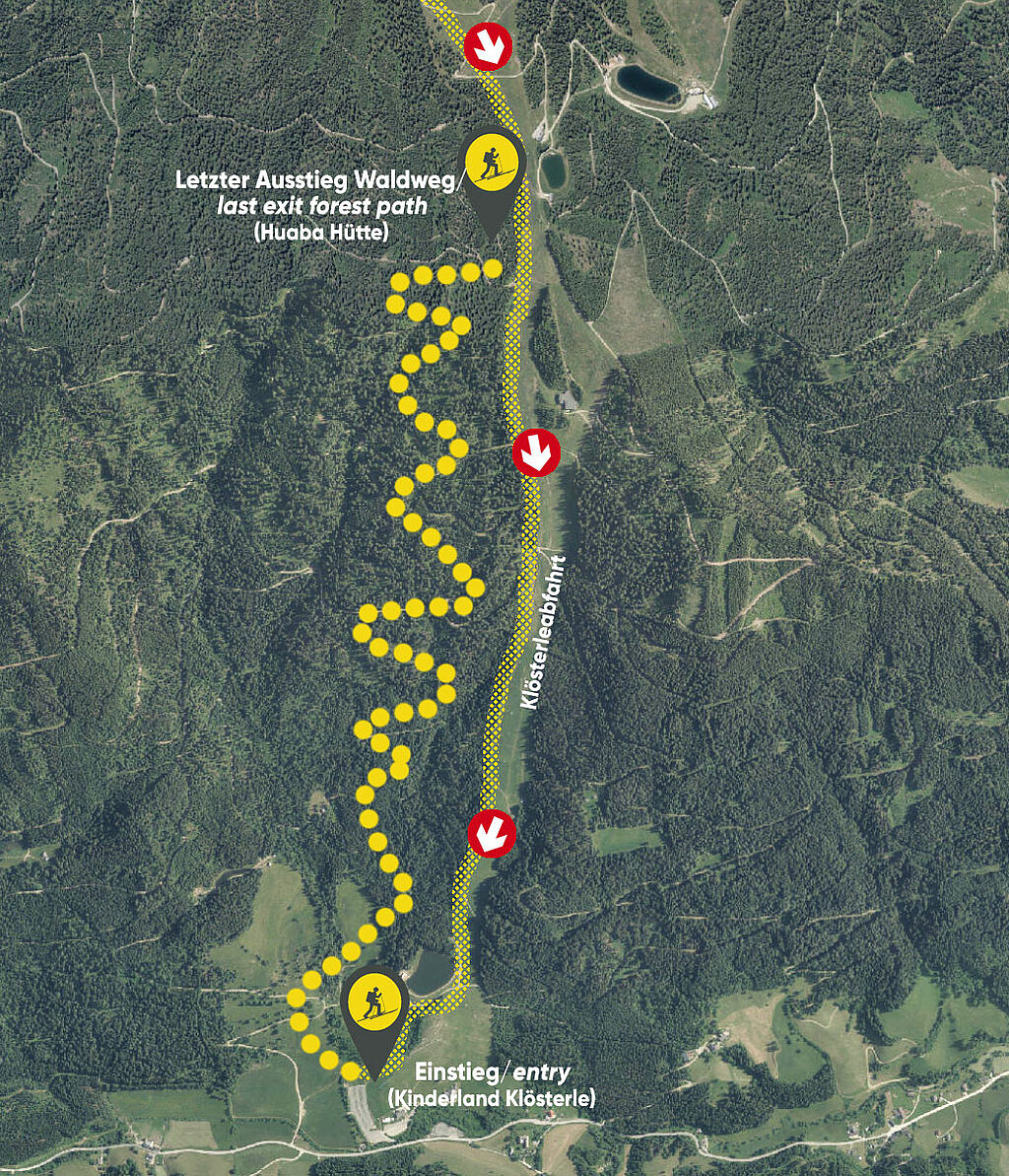 Rules for ski tourers on the Gerlitzen Alpe:

Please note for the descent: According to §33, skiing in the forest in the area of lifts (e.g. cable cars) is only permitted on marked slopes. The "area of ascent aids" is to be understood as the area that can be reached from the mountain station of an ascent aid, but at least an area of 500m on both sides of the ascent aid, slope or marked descent. You should therefore only ski on the marked slopes. If we violate this, we will be punished with a complaint. 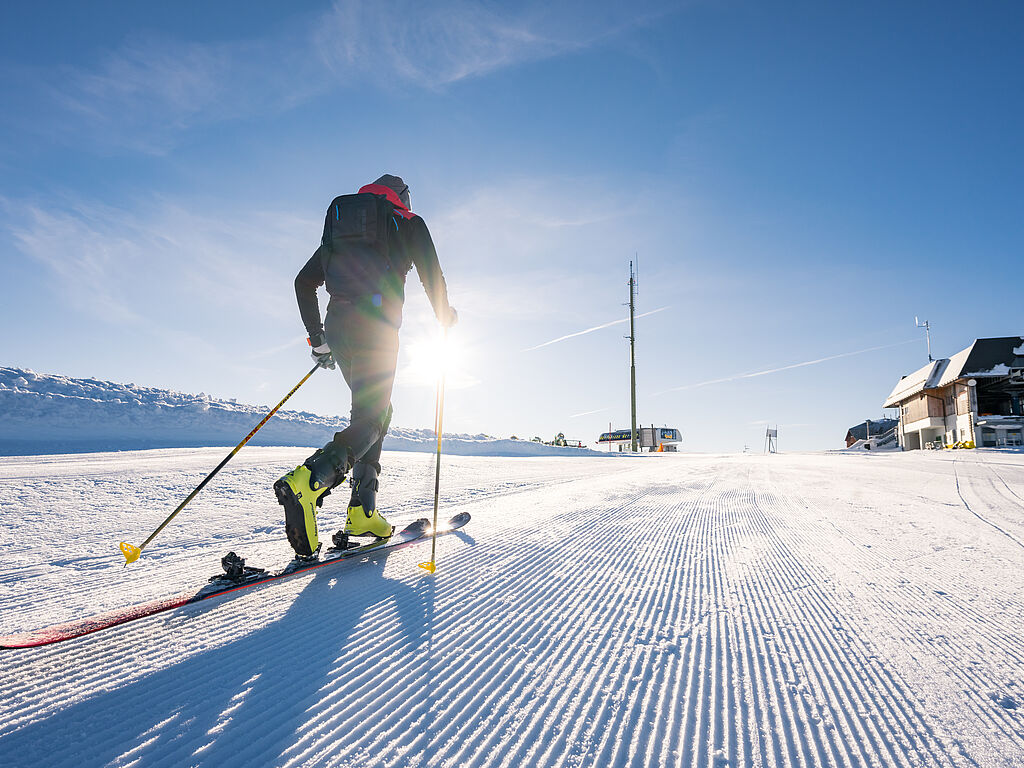 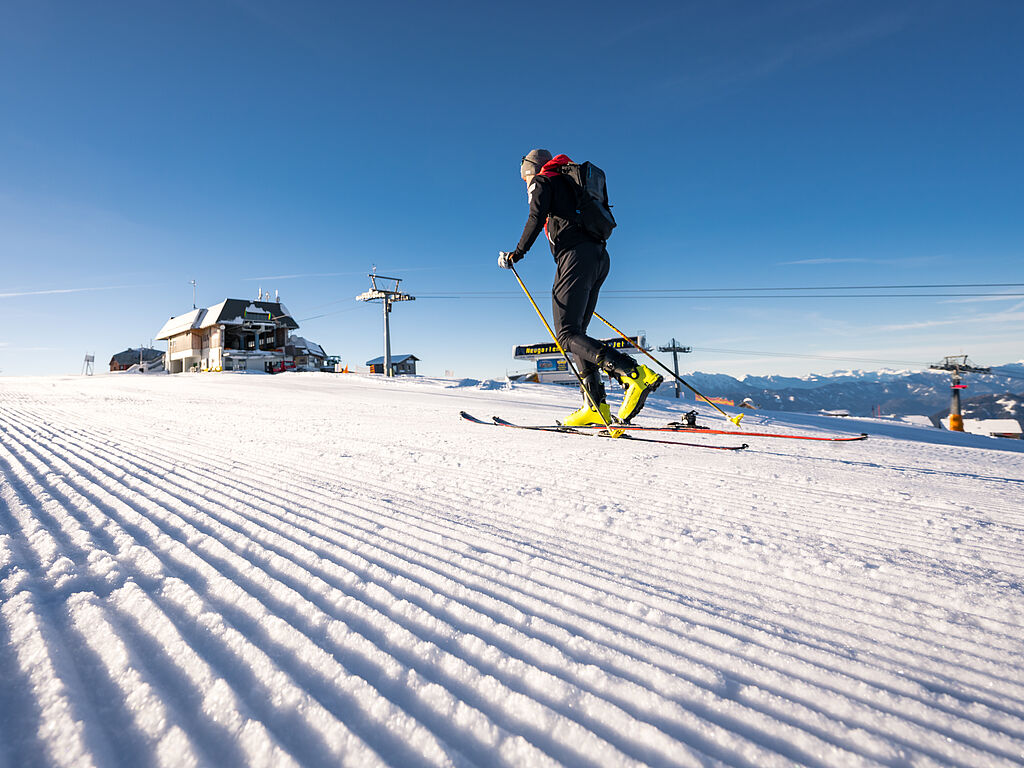